On the Continuous Struggle to Reach Full Health 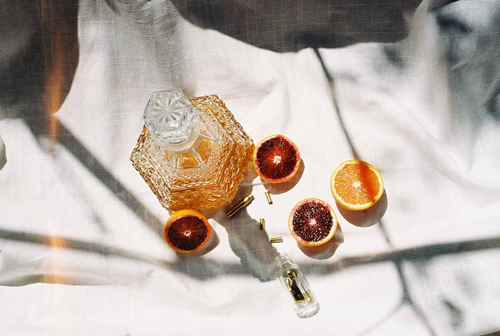 I stumbled upon a great piece in The Guardian about author Caroline Jones’ decades-long struggle with bulimia and it struck me in a way that eating disorder pieces rarely do (most regurgitate the same stuff, none all that insightful). Despite my long struggle with anorexia, which is now much more like orthorexia, I’ve never experienced bulimia, but so much in this piece rang true to me. These lines, especially:

“It was my secret addiction, this habit that grew over time into a powerful psychological illness, which underlay the fabric of every one of my days.

I wasn’t conscious, until later, of any of this: that my eating was serving some purpose for me, that this was an addiction over which I had no control, that this tenacious and complex illness tapped into a deep malaise and was what I used as a cover to throw over anything I didn’t want to see, feel or deal with. In short, I had no idea that my disordered and secret behaviour came from somewhere with a logic that might be understood. Until I finally sought help for my illness, I was convinced that my failure to curb my behaviour came down to a lack of will, a lack of self-discipline, greed or self-indulgence – to something that was fundamentally wrong with me, some shameful weakness.”

I can relate to all of this, still, which is so sad to me, and yet incredibly hard to fix. As I’ve explained before, I eat at all meals, and eat plenty of snacks, but it’s still in such a controlled fashion. I don’t run every day like I once did, but I still panic if I go a few days without it—and not in the normal, “I need to relieve my stress” kind of way, but one that’s more along the lines of “you are shitty to your core.” I’m embarrassed to admit this, because I know for most people it no longer computes—I look “fine,” even “great” as ill-advised relatives and acquaintances will tell me.

But I’m exhausted all the time, needing daily naps even when I get a great night’s sleep. My iron levels are freakishly low, and my period, which only recently returned, comes and goes every few months, rather than on a regular basis. Whenever I eat a meal, I often feel so cold afterward that I start to shiver, which is a common sign of malnutrition/not eating enough of the right things. I have trouble focusing and writing—two problems which were much less prevalent when I was a few pounds heavier a year or so ago, and pretty nonexistent pre-ED. It’s almost harder to struggle like this, when it’s not obvious at first glance—and, as Jones mentions in her piece, I beat myself up for it, or convince myself that I’m being dramatic and nothing’s actually wrong.

I’ve written about this shitty in-between state so many times before, haven’t I? Always so hopeful that revealing it all will help me change—that these cries for help will somehow alter the world around me, and make it easier to go against the unhealthy grain. But I run into that everyday—be it someone’s announcement of their juice cleanse, girls who are nearly invisible at the gym or the plethora of thighless women in fashion. None of which are the cause of my ED, they’re just a handful of roadblocks that make it harder to overcome, whispering into my ear that they’re proof of an ED’s sustainability, that if those people can do it, so can I.

Because to forgo this addiction (and, yes, it is one), to relinquish this obsession with body that actually has much more to do with my mind—it feels weak… even when, logically, I know that it takes pure strength. I envy those who have been able to let it go far more than those who haven’t, keeping only the healthiest of idols. Yet I continue to follow a path that, though less cracked, is still begging me for mercy.

But as Jones’ piece points out, it’s not something you can overcome on your own—a cold but necessary reminder as I spend every day hopeful that I’ll give the remnants of my ED up, and go to sleep defeated. Most people in my life have thrown in the towel with me—knowing that I won’t listen to their concerns and feeling that I’m at least healthy enough to just get by as is. They’re not wrong in that—I can get by this way, as I have, and it won’t be the worst life, but it won’t be my best life either. It will continue to be riddled, every day, by a labyrinth of fears and anxieties that take precedence over everything else—be it friendship, family, work or romance.

I don’t know what the answer is, all I know is that this self-awareness—as you’ve seen if you’ve followed me for a while—doesn’t seem to be enough, but that won’t stop me from getting fed up every few months and needing to essentially confess for sins that feel out of my control. “Be kinder to yourself,” a friend texted me yesterday, “You’re too brilliant.” A very nice exaggeration, but a reminder that I am too smart for this life—a life of controlled measurements—and that I do deserve more, if only I could figure out how best to deliver it.