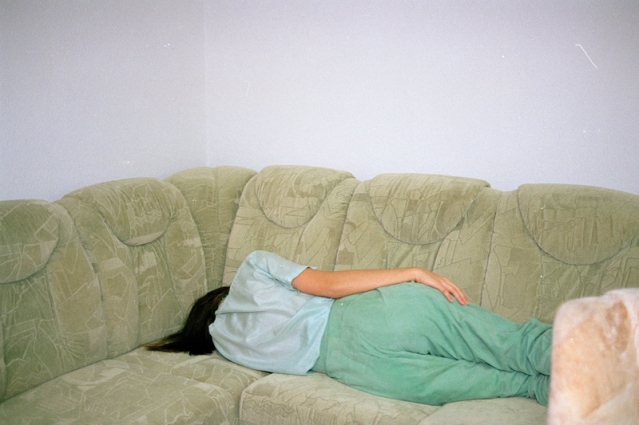 In most cases, we see so much packaged grief before we actually experience it ourselves that the reality of it can feel…well, unsatisfactory. Not that grief is supposedly gratifying in any way, but that we expect it to follow a certain path and to check off a set of boxes that Society has kindly laid out for us. But what I’m learning is that those boxes are not so kind—they’re quite suffocating and inadequately representative of what the grieving process is like. You can’t make a stamp of it and apply it to everyone’s loss. That’s just not how it works. And I suspect that if there’s any real through line between all the grief in this world, it’s the shared feeling of, “Well, shit, this is not how they told me it would be.”

Right after my dad passed, those first few days, my stepmom expressed her frustration at not seeing anything that might imply his presence—a door left inexplicably open, perhaps, that we could interpret as him still being there. In a way it was a metaphor for grief overall. Even the least spiritual people can act like they’re communing with the dead throughout these periods of loss—speaking to them daily, hearing their voices, or instinctively knowing (at all times) what they’d want for you. As an outsider, someone not in touch with death in any way deeper than tears over a film, this always read like a mystical experience that I was not yet privy to, but one day surely would be. It was the definition of cold comfort.

But grief is nothing like that. It’s not the makings of an otherworldly novel. It doesn’t flood your world with overt signs or release the voice of the dead into your mind whenever needed. It’s hollow, and mostly quiet, and that’s precisely why it hurts.

You have questions where you once would have had answers. You feel like you’re perpetually leaving something behind, unmoored from whoever you were pre-loss. Who was she, even? Blissfully naïve, it seems. You spend most of your time ignoring the reality of what’s gone, so as to get through the day, and the rest of the time trying to cope with it when it inevitably breaks in. You can’t talk your way into getting what you want this time—you can’t manipulate the results. There’s no way around the monumental SUCK of the situation.

Of course, I can speculate on what my dad would say to me daily, the advice he might give. But speculation is a poor replacement for his frequent phone calls to check in, the thousands of butt dials or absurd voicemails where he’d run off my siblings’ names before remembering that he was actually calling me. Speculation has nothing on our regular dinners, where I had as much fun as I would with anyone my age, and felt so at ease in a life where that’s uncommon. And I can hear his voice, and his laugh, and see his hands and the way his jaw would move while he ate—but these are not new sensations, these are not messages sent from above. They’re past tense, receding even as I tug at them furiously.

They still leave me staring at a blank wall, playing only with the shadows of who my dad was.