My Thoughts Upon Seeing Wild 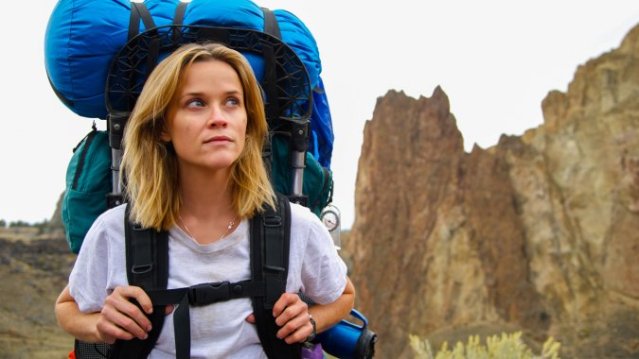 I’ve yet to read Wild by Cheryl Strayed. Yes, yes, I know, this is an apparent sin for someone who calls herself a writer/feminist/human being. I own the book, and started it a while back, but didn’t get past the first few pages—mainly because I was in treatment and lacking any kind of focus or the motivation required to follow something through to the end. Also, it just didn’t really hook me. Saddened me, for sure, but I was drowning in enough of that already.

When the book really blew up and could be seen clutched on every subway and recommended by essentially everyone who still reads, I grew even less inclined to read it. When you hear about something so much, the novelty wears off. It felt as if, by a twisted kind of osmosis, I had read it, too.

The random Strayed pieces that I have read, mainly from her time as Sugar, have intrigued me, though I still connect more with Heather Havrilesky’s Ask Polly. I can’t put my finger on precisely why this is, but when I read what I have of Strayed’s work I find it to be a little too opaque, always coming away from her words a bit unsure. Perhaps that’s a good thing—and I continue to read her writing anyways, because I’m interested in her.

I saw the movie last week with my mom—pretty perfect timing considering I had just decided to embark on my own little journey of sorts, refocusing on a full recovery from my anorexic behaviors that I had ultimately stopped before reaching truly solid ground. I figured it would give me a little inspiration, as I sat there eating popcorn in a theater for the first time since the last time I forced myself to do so, about a year ago. Just one of the small moves, which, for me, signifies health.

And the film was inspiring, though lacking in a lot of helpful background information that they seemed to presume the audience would carry over from the book. My mom, who has read the book, seemed to get more out of the film as a result—or, at least, seemed to feel it more…even tearing up at parts, which is something I tend to do easily. Though there were moments where I came close, the film failed to bring on any overwhelming emotions, I think because it fails to really connect viewers with each character if they haven’t also read the book. I felt thrust into a world that seemed heavy, with the why of that energy never fully fleshed out. The film treads along the surface of the story—glimpsing abuse and heroin and a relationship between a mother and daughter—but not devoting enough time to any of those stories for me to feel very invested. The mother figure, especially, requires more screen time to complete the story.

Nonetheless, Witherspoon’s acting was phenomenal—it’s no easy feat to carry a film that is almost entirely driven from inside a character’s head (my only caveat there being that Reese-as-heroin-addict is incredibly hard to buy). The message at the end, which is essentially to forgive yourself for whatever’s in the rearview mirror (as Strayed comes to learn on the trail), still manages to feel profound even if it’s been packaged for us many times before. But what stood out to me most was that it takes steps to really get there…to fully own that lesson. While those were literal steps in Strayed’s case, they’re indicative overall of the need for a passage of time paired with something like a meditative state. Those appear to be the only requirements, with the details left open to each one of us. There’s no snapping of the fingers when it comes to transformation, or simply moving on…only a sustained effort, and some repetition of sorts, until you get there.