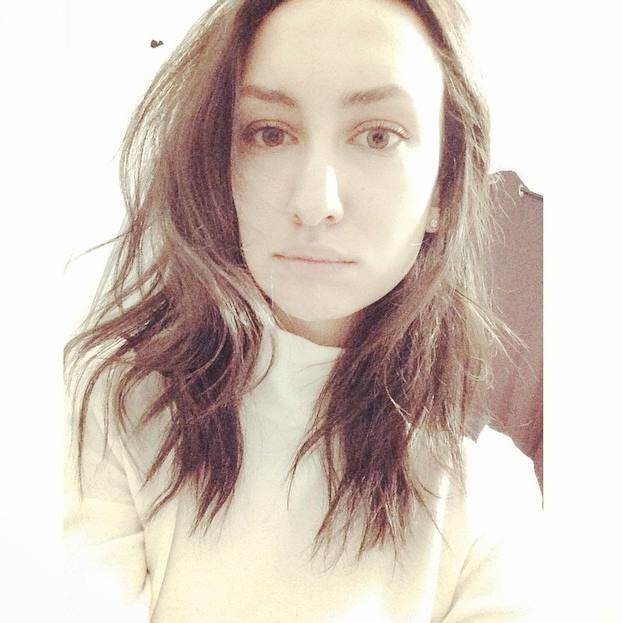 A good sign that you’re having a meltdown is that you just spent $15.00 on an Eckhart Tolle audiobook. It’s a last ditch attempt to run away from your current self and discover that elusive peace of mind that Ask Polly and your therapist are constantly telling you you need. Something about letting all the bad feelings wash over you, swimming through them instead of fighting them. You’re supposed to eat healthy and workout, too. But you already do that and unfortunately it’s all tangled up in your very self-loathing, so it becomes incredibly tough to delineate what’s a positive action and what’s not.

You’re taking the winter personally, too, and existing outside of your apartment has begun to feel like a chore. It requires deep breathing and an inner pep talk. You love people and yet you must remind yourself of this just to get out the door, rifling through the smiling faces of your friends like a stack of cards kept in your back pocket, a warm spot when the rest of you is cold to the bone. Perhaps if you ate more meat and pounded pavement less you’d be squishier and more alive.

So far you have no clue what Tolle is talking about, but it doesn’t feel entirely awful to lie in your bed while some German man preaches about how everything you need is already here. You beg to differ, but you’ll keep listening just in case.

There’s a moment from the past that keeps running through your head—a visit to an ex boyfriend years after the ‘ex’ part solidified. Your relationship was juvenile, a mess of crying on gravel streets and drinking your weight in beer. There were a lot of things he could have said in reflecting on that time (“thank you for all the daddy issues” for starters) and yet the only thing he found necessary to say, staring at the-then underweight shell of myself that I was: “You were always so hard on yourself.” It stuck with you because it was undeniably true and yet how had he seen it? Hadn’t you been better at hiding it? Didn’t you simply come off as a wreck? One spewing shit out at the world rather than back at herself?

You’re noticing that you’re more transparent than you believe, and not simply because you blog about one-third of your feelings. Girls you’ve only known for weeks tell you you’re too hard on yourself, guys that work at the gym give you sympathetic looks in lieu of saying “you can chill out now,” your best friends shake their heads in what seems like honest disagreement when you tell you them how pathetic your life thus far feels. “You’re doing better than most,” they tell you, but you’ve got a list of people excelling far beyond your meager post, and thus it counts for nothing.

You dream of being a different kind of woman—its too appealing not to, sometimes, right? A woman who loves to bake or who only follows politics or who is simply better at taking life’s punches than you are. What a dream that would be—perhaps you can will it into being? Perhaps you should move! Perhaps you should open a fucking café! Perhaps you should take time off the Internet, get a haircut, renounce everything you like and start fresh. Perhaps—though probably not.

What was it that you loved when you were little? You’re thinking of this a lot, too, trying to piece together some authentic version of yourself—before all the sludge overcame you. Your imagination was out of control, to the point where adults still comment on it, wagging their fingers at today’s children and placing you on some idyllic childhood pedestal—the ‘last man standing’ of non-technologized play.

You were an actress and a teacher and a bossy little brat, but one with spunk and verve and a willingness to really stand out. You wrote stories that filled entire journals, started elaborate magazines that only two people read, and founded neighborhood tree-climbing groups that were only slightly cruel to kids too scared to climb. You colored constantly and resisted television at every turn—always too antsy to sit still, uncomfortable with feeling unproductive. But not productive for the sake of some “important” end—a career, recognition, a man to love you. No, you were purely working to release some creativity, whenever and wherever you could. That was the only endgame.

Where did that go? Can it come back? Be pulled from underneath the rubble of adult life and all the rules you’ve been taught to follow? Can you unite that warmer world with your current icebox? Sprinkle it upon yourself like baby powder, so that it helps you wiggle out a bit from the dark body bag you currently reside in.

But in the meantime you need to keep writing, even if it’s as shitty and disorganized as this. You need to keep stringing the syllables together and not worry too much about how un-lucrative your writing style is. You need to continue running, but not too much. You need to honor the fear you feel late at night when you realize you might be killing your future children. You need to honor it even if it means welcoming belly fat back into your world. You need to keep seeing your friends—new and old and somewhere in between—and your family, in all their twisted, annoying, and amazing glory. You need to not beat yourself up too much when you fail at these things, and when pasta still frightens you. But you need to accept a little discomfort. You need to go to more movies, and to talks, and to plays. Be less of a jaded New York City fuck and immerse yourself in the cultural orgy around you—you’d be (you’re being) a complete idiot not to. You need to keep showing love to your friends and taking their love in it’s various forms. You need them to know that you’re grateful—probably more than they do, in fact. And lastly, you need to stop comparing yourself to every living being, but especially the wunderkinds—that ship has sailed, but I promise you…you still have time to shine.