Be Careful What You Wish For, Or Something Like That 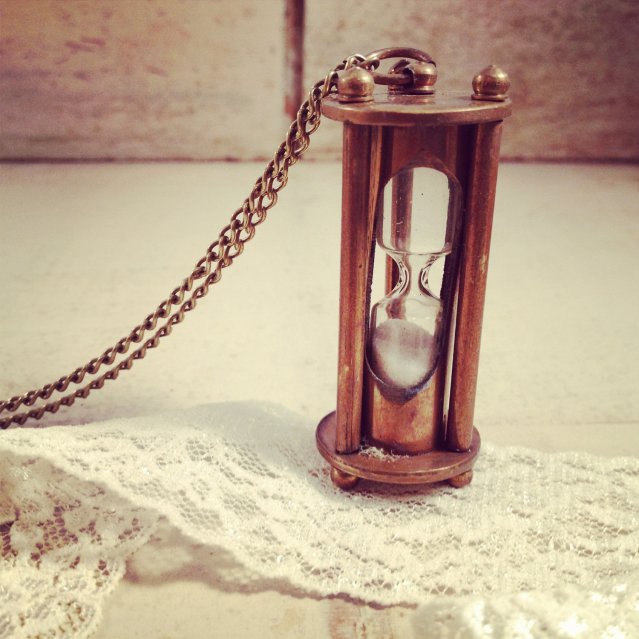 Growing up, I had a fear of small spaces. It wasn’t a classic case of claustrophobia, but, rather, anxiety founded on the belief that such spaces (elevators, powder rooms, closets) had a natural inclination to lock all those who entered inside, forever. I quickly developed strategies to alleviate this concern: forcing my brother to stand with his hand between the door of airplane toilets, praying to a vague lord—any lord—while being whisked past building floors, and avoiding walk-in closets altogether (not a challenge in the New York City apartments of my youth).

It became problematic in elementary school, when I was required to venture to the bathroom by myself. Visions of a life spent surrounded by moldy off-white tile and the scent of soap in its most generic form would take hold and paralyze my abilities to loosen those muscles necessary for dispatching the #1’s and #2’s.

Luckily, my teacher, Mrs. Bunting, was an archetype of the caring educator, one who, in Matilda terms, was more Miss Honey than terrifying Trunchbull. She developed a system for me that—though it wouldn’t inoculate me to potential lock-ins—would signal a warning if, and when, a search party was required. The solution lay in a large wooden hourglass that I would turn over just before leaving to do my business. I’d carry a smaller version in my pocket to assure that we were on the same page, and, more importantly, so that I wouldn’t get too caught up in the long-form stories I would construct whenever my panties came down.

The gesture was just enough to keep my worries in check, and, at first, it appeared to be a success. Until, that is, my utmost friend-foe of the second grade, a pretty Korean girl named Sophia, decided that this strange need of mine was just the ammunition she had been looking for. See, our class was very small, and the romantic pickings were slim. Sophia and I had often vied after the same boys, and our most recent standoff had resulted in a recess wedding between the heartthrob du jour, Nicholas, and I, as officiated by Central Park’s oak trees. Having chucked her flower girl petals in my general direction and stormed off mid-ceremony, I could sense that she wasn’t pleased.

When she deigned to hurt me back via mockery and jabs about my likeness to a baby, I decided to wish long and hard that she would disappear. Naturally I did this in the bathroom at school, my favorite spot for deeper thinking. I devoted so much time and mental energy to this wish that Mrs. Bunting was required to rescue me from the elusive captors native to small-area walls.

The next day when Sophia didn’t show up for class, I considered whether my wish had come true. After a week of her absence—it dawned on me that it certainly had. I reveled in this for a weekend, but by Monday my apparent powers had induced an abysmal stomachache. I asked Mrs. Bunting where Sophia was, and when she responded that she didn’t know, I berated myself for having resorted to such harsh measures. Had I ruined this girl’s life? Was she still alive? The mystery of it all horrified me.

The terror then gave way to sadness. I began to miss her—the sticky scent of the sesame noodles she always brought for lunch, the colorful and untouched erasers she would line up on her desk every morning, and that irritating way in which she flailed her arms when she knew the answer to a question. I had lost my favorite enemy, and things were looking pretty bleak as a result. Even the appeal of poor Nicholas began to fade, and I started ditching him at recess in order to unpack my anxieties with the hippo sculptures built into the farthest corners of the playground.

Months later, when she returned unexpectedly, having been whisked back to Korea pending Visa issues, I rushed towards her and enveloped her in a suffocating hug. It would appear to have been my first confrontation with the ambiguities of love and hate. I screamed her name so excitedly that she remained stunned and vaguely scared of me for most of the morning. Eventually, the ice between us melted from my adrenaline alone, and she came to trust my newfound adoration. She gave me a ring from Korea that had a sun and moon etched into it—it seemed symbolic and that was all that mattered. Never again would I make such hasty wishes, or expect my feelings to be so crystal clear.