Bow down bitches, but don’t call me bossy?

“You can wipe your feet on me, twist my motives around all you like, you can dump millstones on my head and drown me in the river, but you can’t get me out of the story. I’m the plot, babe, and don’t ever forget it.”

– Margaret Atwood, (being a boss in the best sense) from “Unpopular Gals” in Good Bones

Women who assert themselves are often written off with contemptuous terms, a laugh, a hand wringing—or all three. I know this because I am one of those women, and always have been. Assertiveness, however, is a quality our society claims to admire, teaching us how to achieve it in therapy and believing it to be central to a healthy dose of self-esteem. But often, when a member of the XX chromosome club employs such behavior, it’s looked down upon or spun on into something with a negative tinge.

I say this because I want to point out that I understand the foundation upon which Sheryl Sandberg’s new campaign, Ban Bossy, is built. Sandberg and her supporters posit that when a boy asserts himself he’s considered a leader, but that if a girl does the same, she’s written off as “bossy.” In an effort to change this apparent status quo, Sandberg aims to ban the word altogether. But despite her good intentions, the campaign does more harm than good—a success in catchiness and mass-appeal only, but not in terms of its effecting any real or positive changes.

The most ironic aspect of the campaign is the use of Beyoncé as a supporter and spokeswoman. Am I supposed to believe that the same woman who asks us to “bow down bitches” wants us to nix the supposedly dirty word that is bossy? It just doesn’t add up. 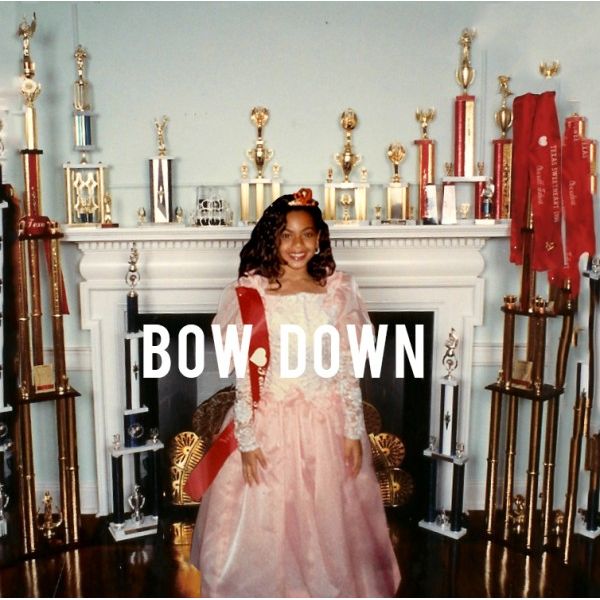 Beyoncé is bossy, and her message is a powerful one. When people throw the term “boss” around, it’s not usually a comment on some detrimental characteristic, but rather, one that is considered laudable. It says: that person is in control of him or herself, his or her life, he/she runs the show…but not necessarily in a way that belittles other people. It usually implies great skill or talent in a certain area. It’s a term I’ve always known to be wrapped in both pride and affection, one that’s bestowed equally upon the sexes, rather than just relegated to the confines of girl world.  These so-called “bosses” are considered to be at the top of their field, the poster children of aspiration. The point is that bossy does not solely connote an aggressive or overbearing attitude, as Sandberg wants us to believe. It’s also not a term used on women alone, until, perhaps, now.

Can it be used derogatively? Of course! And, sometimes, that use is downright accurate. Because both women and men in power often deserve to be critiqued. By eliminating this word altogether, Sandberg seems to assume that women can’t handle this criticism, and that allowing for its easy use only sets us back as a gender. In doing so, she’s negating the reality that bossiness (of the less appreciated strain) actually does exist—that it can be a shitty leadership quality when taken too far. Just like certain men, certain women wade through phases of life presuming that their shit doesn’t stink. Are we not allowed to call these behaviors out now, for fear of seeming anti-feminist? How do we give a woman constructive criticism if we send the message that terms like bossy are wholly gendered and, thus, discriminatory and futile? I’ve met some bossy women in my life, in both senses of the word—I’ve been both versions of bossy myself, and sometimes, like most people, I’ve needed to be taken down a few pegs. Banning bossy assumes that women are never bossy in a bad way. That is damaging to all of us, because just like men, we can be.

So bossy is a useful word—as are its dual connotations: one that renders someone powerful and strong, and the other that points out “hey, you’re taking that power a little too far.” This duality is exactly what’s at play in Beyoncé’s lyrical repetition of “bow down bitches.” On the one hand, her call is empowering—it feels as if she’s speaking for all women, not just herself. But it also represents that all-powerful, condescending attitude that some women do adopt at times, one that allows them to denigrate other females and other people in general. And is this just a woman problem? Not at all—it pervades both sides of the gender spectrum.

But bossiness can also unite us, to the tune of Kelis (a song that always just made me feel really damn good about being female), against the very same negative assumptions that Sandberg aims to tackle. A man is much more likely to call a woman crazy in response to her assertiveness, or the simple fact of her not zipping her mouth shut. Because a lot of us don’t zip it, and many of us are willing to fight back, which often takes drowning out a lot of ignorance—sometimes that takes being, what you could call, bossy.

Perhaps, instead of pouring money into an ultimately vapid campaign to undemocratically ban the use of a word, we should work to explore the term’s connotations and simply have a larger conversation about it. Like many things in life (sex, love, friendship), bossy harbors associations both good and bad: it can be used to uplift or to bring down. But the latter possibility is not reason enough to write it off altogether. Both women and men can be found wielding the sword that is bossy, whether in respect to themselves or to others, and the likelihood of it being used as constructive criticism or self-empowerment proves that it’s rarely just a bad thing.