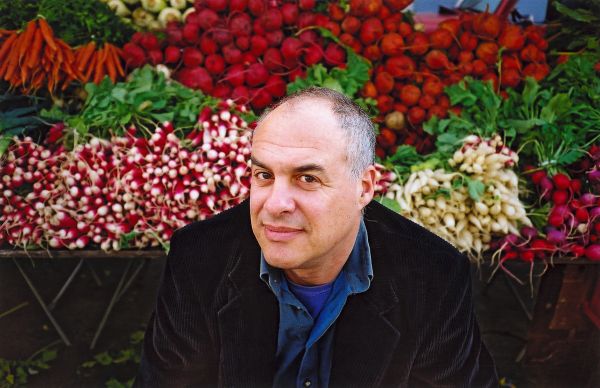 A few years ago my stepmom, the health nut of our family, gifted me with The Food Matters Cookbook, the most recent cookbook by food journalist Mark Bittman. It was an interesting choice, as my skills in the kitchen were (and still pretty much are) relegated to pouring cereal into a bowl and making sure the milk was in the fridge, but I had just begun to actually think about what I was putting into my body, and so, her intentions were good. Having gone through that transformation, where I realized that things like beets and kale could actually be delicious, and that I might just survive without a daily dose of artificial sugar, the book was the deal-sealer I needed to make sure this health kick lasted more than a week. The recipes are both delicious and easy, and the foreword by Bittman is a great reminder of why certain dietary changes are important. Unlike the stringent, inaccessible raw food tomes I had thumbed through at the bookstore, this was a way to eat healthfully…most of the time. The book espouses one meatless meal a day, which–in a world of juice cleanses and other forms of near-starvation–isn’t exactly grueling, and makes privileging plants a lot easier with its great preparation suggestions. I began following his weekly columns in The New York Times, too, and was drawn even more to this rare, no-bullshit strain of healthful food preparation. Of course, not all of his recipes are based around leafy greens, as he, too, understands the need for a little indulgence. I highly recommend checking all of the above out, even if you’re as useless in the kitchen as I am–the Times magazine pictures, especially, will have you itching to take on the challenge. But first, you should dive into the rather funny and spot-on life wisdom that he shared with me below.

Describe your trajectory since turning 20 up until now (can be as broad/vague or specific as you’d like). Um. I’m 64. That’s a long story. The trajectory has been, briefly:

What surprised you most about your twenties? What went exactly as expected? In a way I was surprised not to have died. I had no expectations – I wasn’t thoughtful enough to have expectations. (I still have no expectations, but at least now I’ve thought about it.) I think I was a bit stunned that everything was so harsh, and I say that as a child of relative privilege.

Do you feel like you’ve found your niche or are you still searching? Well, both. Obviously I have a niche. But life is not over and change is often the best part of life.

What excites you more about life: the enigmatic experiences or those with extreme clarity? Not to sound mystical but little of lasting importance is especially clear. Only details are clear, and they come and go.

What did your twenties teach you about romantic love? Not much.

Friendship? That it’s incredibly valuable but fleeting and in fact very difficult to count on.

What motivates you? Love and work. Deadlines. Money. Escaping from work. Eating. Staying alive. Achieving things that I value (very rare). Having fun. I could keep going, but that seems quite a lot already.

Where do you get the most inspiration? How do you snap out of a creative rut? Deadlines. See above. Fear.

I have never been in a creative rut. Having said that, I don’t consider myself especially creative, except I recognize that I’ve created an interesting career.

What did you believe in your twenties that you know now to be false? Kind of that everything sucked. If I give you the idea that my 20s was a bad time, it was – until I was 25 or so. There was a point at which everything turned around, but that feels like it was the beginning of my 30s, really. My “twenties” was age 17 to 25 and my “thirties,” age 26 (which not coincidentally is when I got married) to around 35 (which is when I began to believe I could actually pull life off).

In your book, Food Matters, you discuss your past eating habits as less-than-healthy. What gave you the final push to better your habits? My personal health, which was deteriorating, as well as the recognition that I had the ability to make better known the things I was observing. In other words, that I could spread the word.

What advice would you give to young people trying to eat healthfully on a budget? Eat more vegetables. Don’t freaking worry if stuff is organic until you finish worrying about whether the balance of your diet is what you want it to be. It’s better to eat a non-organic piece of broccoli than an organic hamburger. From the questions I get from people it’s not clear that that’s always obvious.

What restaurants, or chefs, do you consider favorites? Are there any newbies that you’re really excited by? I don’t eat out much. I’m linked at the food-hip to Jean-Georges and that’s a good place to be – I’ve learned more from him than anyone. There are newbies I’m excited by but they have to hang around a bit longer before they become favorites.

I really don’t like endorsing restaurants because a) they change fast, b) I don’t go enough to really know, c) if I leave out good ones I get shit about that, d) in fact it’s a losing proposition. It’s like book-reviewing, if you do it honestly you make a lot of enemies.

There’s been a deluge of books regarding our corrupt food industry in recent years. Which ones would you recommend us ignorant folk actually check out? There’s nothing wrong with Fast Food Nation and Omnivore’s Dilemma; that is, they’re amazing analyses. They’re no longer current but they’re classic for a reason. They make me look like an also-ran.

What’s your most ‘hypocritical’ indulgence, if any? [food-wise] More numerous than can be listed. The point is not to indulge more often than is wise and not to feel too badly about it. Moderation…

Other than being a super-foodie, you’re an excellent writer. Any pro-tips for establishing/sustaining a writing career? Be the last person standing. Don’t give up. Was it Woody who said “90 percent of success is showing up?”