I’m trying out this new post format because I keep having lots of little thoughts (that aren’t necessarily worthy of a long-form post) and nowhere to put them. As any creative type will tell you, if you don’t write down your ideas, a good percentage of them will disappear into the abyss of coulda-shoulda-woulda. So for the sake of avoiding that, and with the intention of celebrating snapshot interests (must everything be fully fleshed out and perfect?), I introduce you to THE WEEKEND GRAB BAG, also known as the loudest detritus left over in my noggin after a weeks worth of the usual cultural-social-life bombardment. 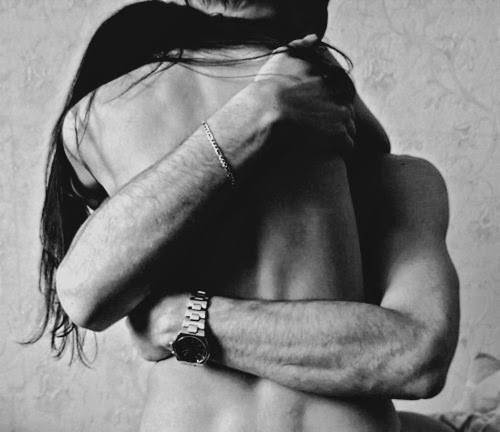 1. Valentine’s Day – So the holiday that many dread has come and gone. Though I’m single, that didn’t really register with me much this year…read: my level of misery in light of everyone else’s love-dose was surprisingly low. Rather than wanting to vomit at the sight of happy couples, I was able to send some genuine smiles in their direction (pat on my back, please?) and wished my nearest and dearest a special day with their lover boys and girls. It doesn’t hurt that all of my close friends who are in relationships are dating people who I’ve gotten to know well over time, and whose presence in my friends lives I am 100% happy about. Call me corny, but I really enjoy seeing my friends–who have struggled with all the travails of less-than-love that I have–finally find someone worthy of their time and energy. It not only gives them a gift they deserve, but provides me with a sense of hope that searching for romance in our decidedly unromantic times is not necessarily a lost cause. That said, I wasn’t entirely immune to the twinge of envy that can prevail on a holiday like this one, and it really struck me when I watched this video of blogger-friend Leandra and her husband yukking it up for the camera in all their lovey-dovey-marriageness (I call Copyright on that word). I mentioned it to my friend Ana, who with her also-awesome boyfriend deserves a Wes Anderson movie devoted entirely to their coupledom (I can’t explain this further, it just feels right and I think you’d agree). Her response couldn’t have been better, and I can’t resist sharing it:

Please don’t feel bad. I will spare you the condescension of saying you’re still young (which you are), because apparently Leandra and her husband met at a very young age, but—at least in my case—[my boyfriend] was kind of a “reward” for all the bullshit boyfriends and weird guys I [first] crossed paths with. You’ll have your reward too, and that’ll be a whole other challenge. Nurture that hope! That, and realizing what you will and won’t put up with are crucial things. 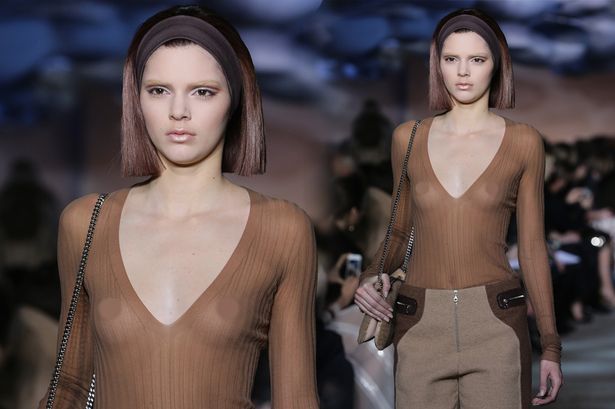 2. Kendall Jenner at Marc Jacobs and the Idea of Guilty Pleasures – On a totally different note, I loved seeing newly-minted model Kendall Jenner make her high-fashion debut at none other than Marc Jacobs. I am shamelessly pro-Kardashian, and will lose a lot of respect for you if you save your pent-up rage for their family who, in the scheme of things, isn’t doing anything wrong in the world. I don’t believe in guilty pleasures, an important idea that an ex-flame once instilled in me (and definitely the best thing to come out of that relationship). We dated when I was just entering college and beginning to piece together some semblance of an identity; he was older and much more self-assured. He taught me that there’s no point in shrouding your pleasure with protective notions of shame, reminding me that you can love really lowbrow and highbrow things in unison. In fact, life is much more fun that way. I highly recommend chasing your reality television with a dose of fancy philosophical discourse, and, if you’re a nerd like me, trying to connect the dots. But anyways, Jenner x Jacobs seemed to exemplify this very American idea in the best way possible (it doesn’t always work so seamlessly, after all). People want to put the Kardashians in various boxes, including: trashy, stupid, vapid, etc. But I don’t think they’re any trashier or more vapid than the rest of us can occasionally be (spare me your delusions of grandeur). Are they Ivy League-educated? Perhaps not, but neither are a lot of awesome folk I know (uh, including myself). I love watching their family dynamics because, disingenuous as they may be, they feel real and relatable, not to mention they’re funny. Kim’s sex tape aside (we all make mistakes!), I don’t think they scream awful role models, either. They are extremely business savvy and beautiful in a way that doesn’t require starvation or fitting into a cookie cutter mold. I personally appreciate that in the clone zone that Hollywood can sometimes feel like. I have absolutely loved watching Kim encroach on the high snobiety of capital F fashion, causing uptight ladies n’ gents everywhere to shudder and shake from their perches above. She is killing it, and turning her own image upside down. It’s a subdued fuck you to a world who wants to see her fail and conform only to the prescribed notions of who they want her to be. Kendall’s runway-saunter as supported by MJ was just another example of this behavior. Say what you will, but even Anna Wintour is on board. 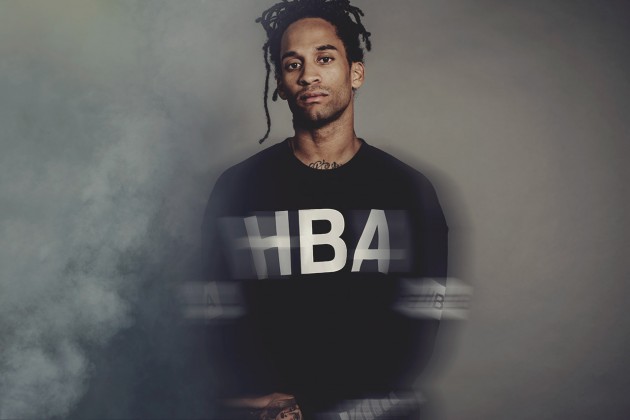 3. Blurring the Lines of Racial and Sexual Identity at NYFW – The Hood by Air show earlier this week caused a positive stir in the fashion sphere, with its bold negation of gendered stereotypes and racial rigidity. I am a huge fan of fashion shows that turn the tables and force their viewers into a land of potential discomfort. From my perspective, even most so-called liberals maintain only very proper views when it comes to race and sexuality, never wanting to push the envelope too much, or, god forbid, admit to their own judgmental failings. In the last year I have wanted to fight against this idea, including the idea I had of myself–that I was not at the mercy of thousands of years of ingrained prejudice. That’s impossible, no matter what race you are. We all harbor some level of racism, sexism, etc. within us, and it’s only by trying to unpack this and analyze our own shortcomings that we will really begin to transform the deeply imbedded marks of history. Wilbert L. Cooper of VICE wrote one of the best pieces this week on the Hood by Air show, titled “The Evolution of Black Masculinity Through Fashion.” I highly recommend that everyone read it, but especially if you’re interested in subversive fashion or the state of racism today. In a similar vein, I was pleased by the perfectly timed Jeremy Scott show, which sent (male and female) models down the runway in football and athletic-tinged gear that was overtly sexualized. Coming on the heels of Michael Sam’s announcement that he plans to be the first openly gay player in the NFL, seeing male models in tight pink pants and fuzzy football jerseys brought me a lot of joy. As Stella Bugbee, writing for The Cut, noted, the models walked to Freddie Mercury’s classic “We Will Rock You,” whose prevalence in homophobic stadiums throughout the years has been ironic, considering Mercury’s own sexual orientation. It’s frustrating how un-evolved we still are on this should-be-a-non-issue issue, but it’s nice to see that we’re at least pointing our toes in the right direction. For the linguistic equivalent of Scott’s collection, check out Frank Bruni’s hilarious and on-point response to Sam’s all-hetero-everything naysayers.