“In one of the largest surveys of its kind to date, nearly 30,000 women told researchers at the University of Cincinnati College of Medicine that they’d rather lose weight than attain any other goal, a figure that alone suggests just how complicated the issue of appetite can be for women. This is the primary female striving? The appetite to lose appetite? In fact, I suspect the opposite is true: that the primary, underlying striving among many women at the start of the millennium is the appetite for appetite: a longing to feel safe and secure enough to name one’s true appetites and worthy and powerful enough to get them satisfied.” – Caroline Knapp, from Appetites: Why Women Want 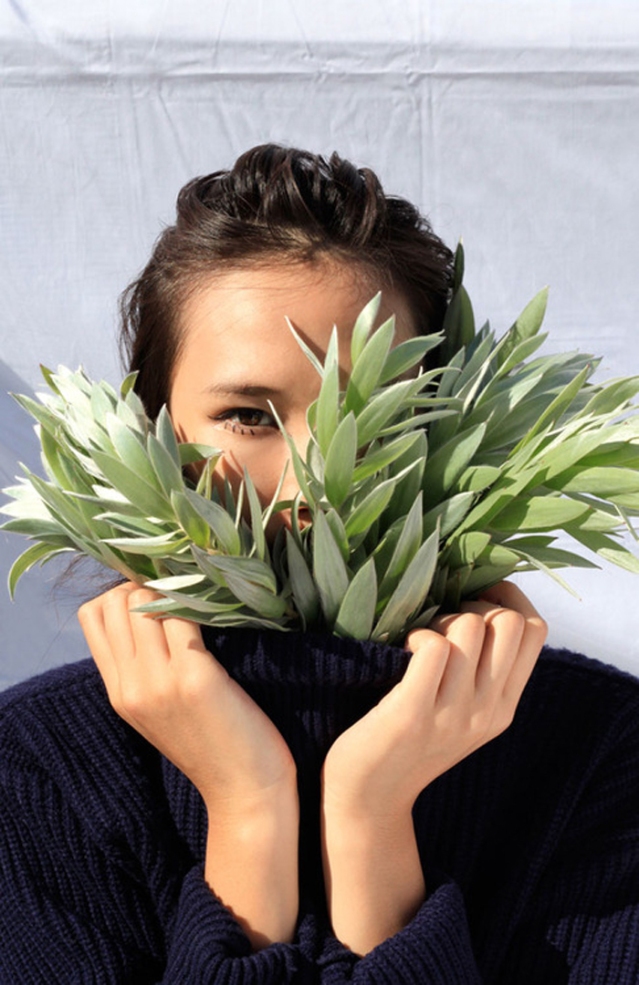 I’ve read enough female-penned literature to be familiar with the concept of becoming the woman you want to be, or the woman you really are. In a society that—though more open-minded than before on some levels—continues to attempt containing what is “feminine” in a pretty little box, this vague achievement feels lofty at times. But that hasn’t made it any less enticing.

We are fed portrait after portrait of women who supposedly have it all, a concept that in itself doubles as imprisonment for the intricacies of womanhood. This notion of a perfected lifestyle, with that expert balance of work and life, is not what I’m referring to. That ideal is, to my eye, impossible, and pursuing it feels antithetical to self-respect. It is a concept that cozies up well to the average Vogue profile, but has little merit in the real arenas of life. For, to achieve this vague, somehow balanced-to-a-T life, it seems you must sacrifice much of yourself. Though sacrifice, it seems, is crucial on any successful path, I’d rather not form my life’s foundation by placing my personal values entirely underneath the overbearing weight of societal expectations.

So, to me, the concept of becoming yourself, of filling in that outline of who you’ve always hoped to be, is highly personal—not to mention, a ceaseless process. Though I speak for a female contingent, it is an idea that is entirely applicable to men as well. Achieving this much-discussed sense of self is not necessarily burdened by what the world at large has deemed ideal for a man or woman.

Over the past year I have started to hit a few spots on the complicated and ever-changing road to who I aspire to be. My values are not only clearer, but more in line with my lifestyle than ever before. I feel much less compelled to follow a path laid down by others, no longer trying so hard to fit into the safer spaces that we all trend towards throughout adolescence.

I’ve seen this evolution in small details, like the way I dress, which for the first time feels bent on what I truly like, be it weird, androgynous, whatever. And in more significant moments, too, like my comfort in asserting strong and largely unpopular beliefs about women, relationships, society, etc. When people question me, whether it is a close family member who I’ve always respected or a romantic partner (who in the past I mainly would have tried to impress), I don’t feel the need to alter my opinions for their preferred palate. It’s an assertiveness that may have popped up previously, but has never felt as ingrained as it does now.

That’s not to say that walking around with a sense of self-righteousness is the goal, but rather, that you don’t let your opinions vacillate simply because others disagree and you want to please them. Your beliefs may change, but only when you yourself are convinced by the differing arguments, not goaded into the transformation for superficial reasons. It’s freeing really, and comes with the exciting sense that I actually know what I’m talking about (occasionally, at least), rather than how, as a teenager, I had a very vague notion of my subject matter but just knew I was right, so there. Of course, you could try to talk to me about numbers, or science, and I’d still stare blankly at your forehead while saying something like, “Biology is the study of life. The end.” But science, like sports, is not my strong suit, and I no longer feel ashamed by that fact.

I’m still a perfectionist in a lot of ways, but I have a healthier awareness of that than ever before. I know now to second-guess my headstrong beliefs about what constitutes achievement (read: you can run three miles today, you don’t have to run eight) and my past sense that all or nothing was a proper motto for life. So, for me, a crucial piece of the becoming who you are puzzle, is being able to patrol your own delusions, to call yourself out when necessary.

But the crux of it, as I hinted before, is your knowing and proclaiming what you genuinely enjoy. I don’t like staying out late and drinking myself into a stupor, and I’m confident that even if some of my friends (who, admittedly, handle liquor much better than my perpetually-sleepy self) do enjoy that, they’ll forgive me for retiring early for the sake of my sanity, etc. I need alone time, too, and a lot more than most people—so I make that a priority, rather than trying to be this social butterfly whose lifestyle makes my skin crawl. But I am also learning when it’s important to put up with the bullshit I really would rather not deal with, like chatting with a relative I can’t stand, or going home to see family when I’d rather stay in bed all weekend.

It’s toeing that line between selfish and selfless, which to me is the only balance worth trying to achieve. It’s the ability to have an honest conversation with yourself and to weed out the things you do for others that aren’t serving you in any way, while also adding certain activities you might reflexively avoid, but that will contribute to your life in the long run. I have plenty more growing to do and big questions to answer about my life’s direction, but my identity is starting to feel fleshed out in a way that I’ve always deeply wanted, and that small step forward is really exciting.