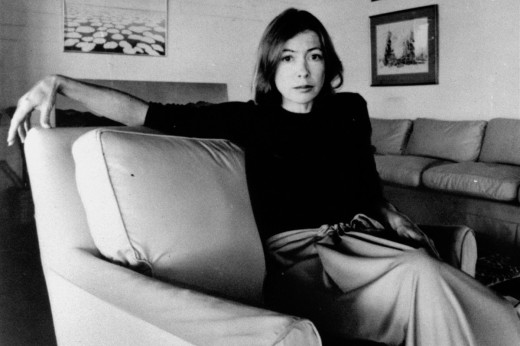 One of the most pleasurable parts of reading, in my opinion, is stumbling upon words that I have felt myself but not been able to elucidate for others in an accessible way. That sensation can also be found in writing, except it’s more along the lines of: I have a feeling, but I’m not entirely sure what it is until I hash it out on the page and craft it into something comprehensible. Joan Didion is a writer whose words I often find myself–or more specifically, my beliefs–in. She is a constant comfort and source of inspiration for me–the closest thing I have to an idol (and despite my distaste for such figures, she’s pretty worthy). This excerpt from an interview she did with The Paris Review in 1978 really hit home for me…

You have said that writing is a hostile act; I have always wanted to ask you why.

It’s hostile in that you’re trying to make somebody see something the way you see it, trying to impose your idea, your picture. It’s hostile to try to wrench around someone else’s mind that way. Quite often you want to tell somebody your dream, your nightmare. Well, nobody wants to hear about someone else’s dream, good or bad; nobody wants to walk around with it. The writer is always tricking the reader into listening to the dream.

Obviously I listen to a reader, but the only reader I hear is me. I am always writing to myself. So very possibly I’m committing an aggressive and hostile act toward myself.

So when you ask, as you do in many nonfiction pieces, “Do you get the point?” you are really asking if you yourself get the point.

Yes. Once in a while, when I first started to write pieces, I would try to write to a reader other than myself. I always failed. I would freeze up.

When did you know you wanted to write?

I wrote stories from the time I was a little girl, but I didn’t want to be a writer. I wanted to be an actress. I didn’t realize then that it’s the same impulse. It’s make-believe. It’s performance. The only difference being that a writer can do it all alone. I was struck a few years ago when a friend of ours—an actress—was having dinner here with us and a couple of other writers. It suddenly occurred to me that she was the only person in the room who couldn’t plan what she was going to do. She had to wait for someone to ask her, which is a strange way to live.